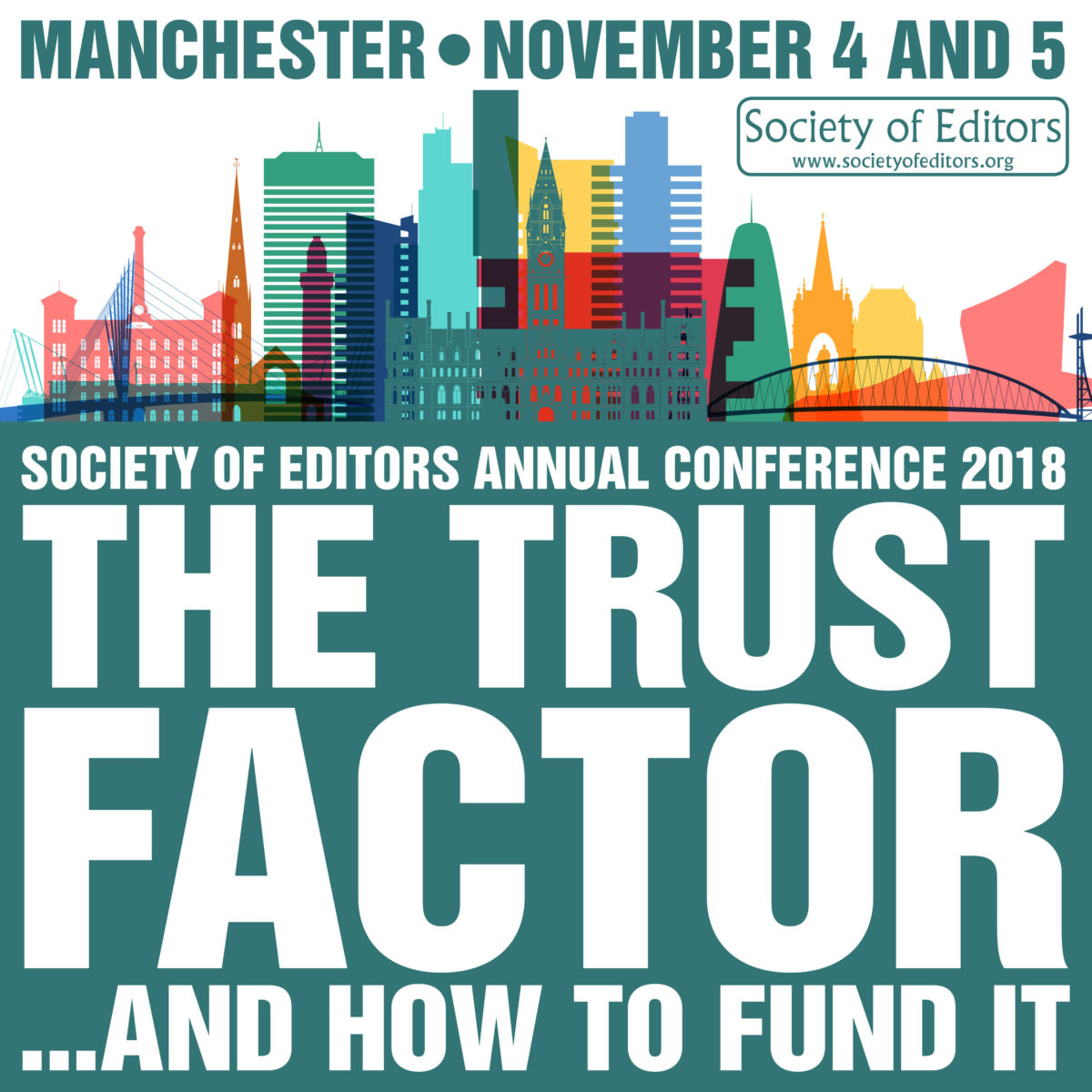 In a past life, I enjoyed 15 years in journalism, working as a reporter and eventually news editor with a variety of local, regional and national news organisations. It was a rewarding and fulfilling time, with each day bringing a different challenge to tackle.

In 1995 I moved into the world of public relations. And while I have never had any regrets about the move, I did sometimes wonder how the world of journalism is getting on without me.

Earlier this month, I had the chance to dip back into this world. A former work colleague asked if I would like to come along to the annual general meeting of the Society of Editors in Manchester.

It was fascinating. The agm attracted most of the national newspaper editors, along with editors of some of the larger regional newspapers. The topics were varied and included sessions on the importance of trust in the media and the arrival of Donald Trump’s Fake News.

There was also a fair amount of blood-letting. Daily Mail former editor Paul Dacre (now chairman and editor-in-chief of parent company Associated Newspapers) launched an attack on many sections of the print media, but saved most of his vitriol for The Guardian’s former editor Alan Rusbridger.

The BBC came under fire from a regional newspaper boss Lloyd Embley for using its licence fee income to gain a competitive advantage in news and sports instead of making programmes. Embley, group editor-in-chief of Reach plc, said it put the BBC at an unfair advantage. On a personal note, I was delighted to see Mr Embley on stage. It meant I was not the only person in the room wearing jeans.

The BBC got its moment of glory, as Amol Rajan, BBC Media Editor, chaired a Q+A with Government Secretary of State Jeremy Wright, spokesman for media and digital marketing. Up for discussion was press freedom, investigative journalism and the Minister’s choice of daily newspapers.

Arguably the most interesting snippet of information was that Manchester United manager Jose Mourinho stays in the penthouse suite at the conference hotel. And guess who was spotted at the bar during the conference? And you’ll never believe who he was talking to …